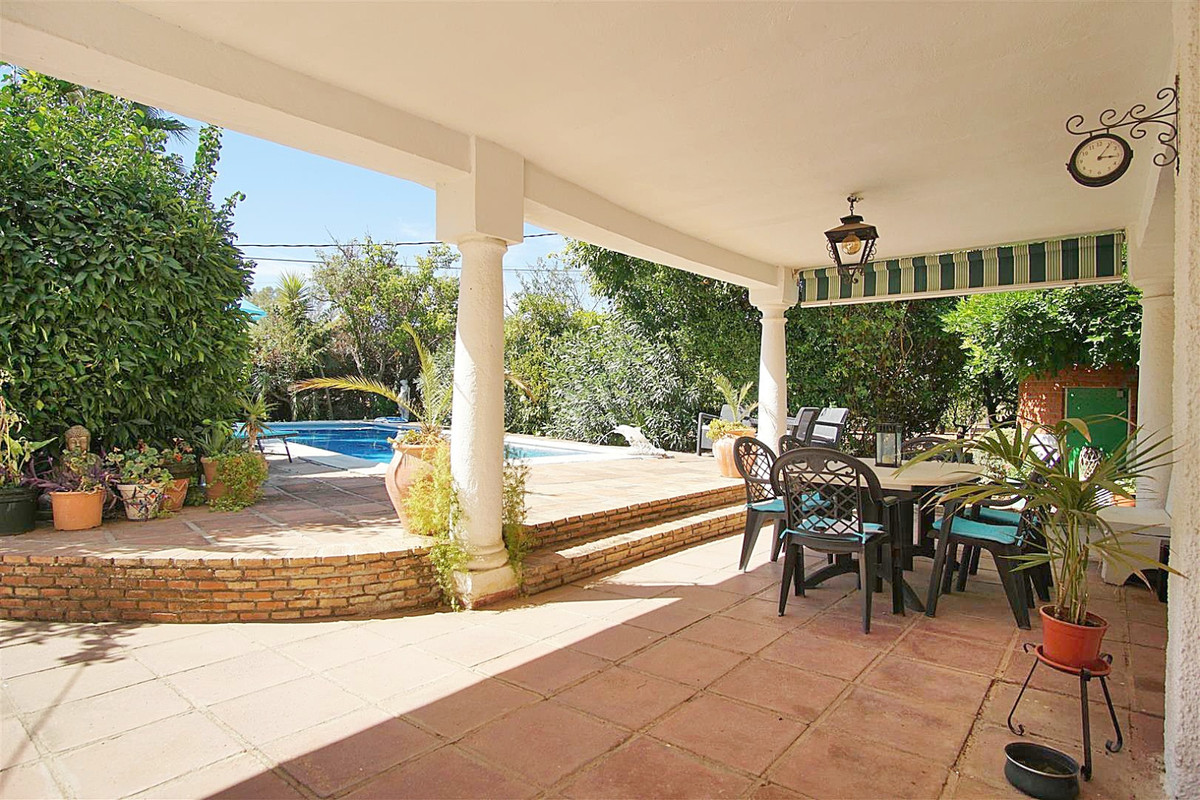 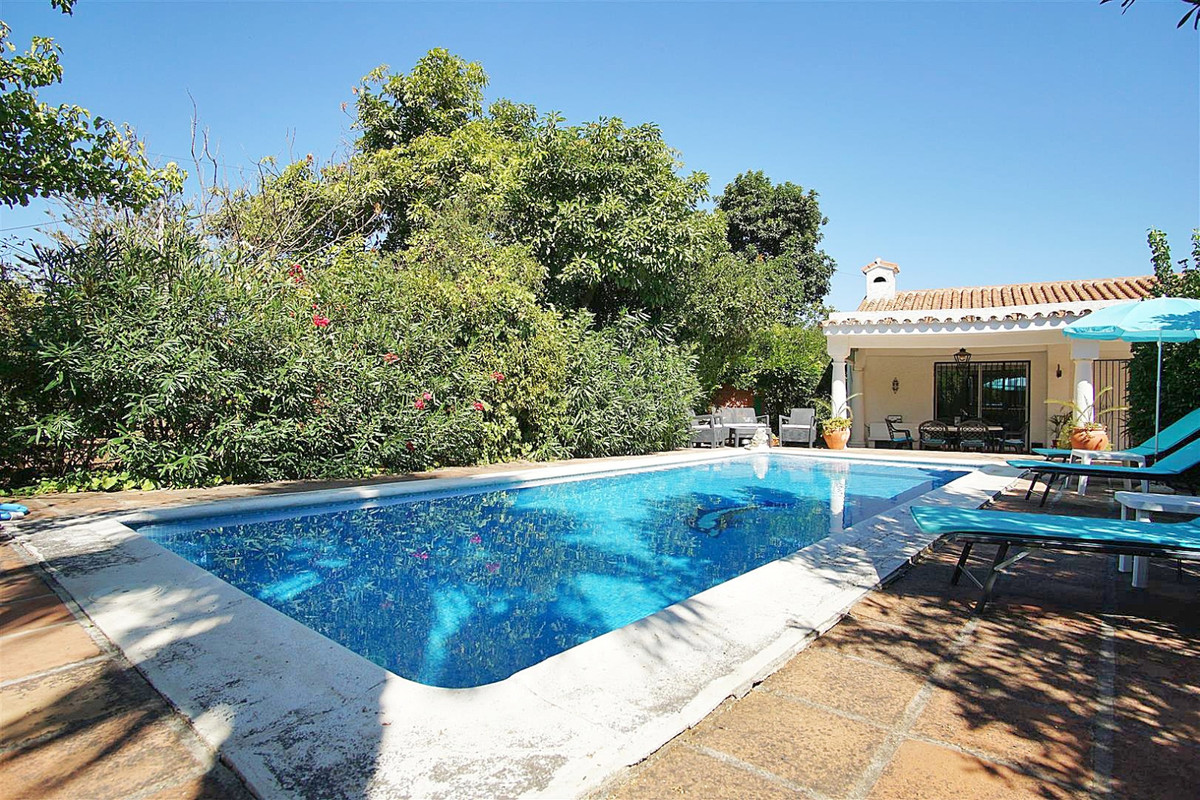 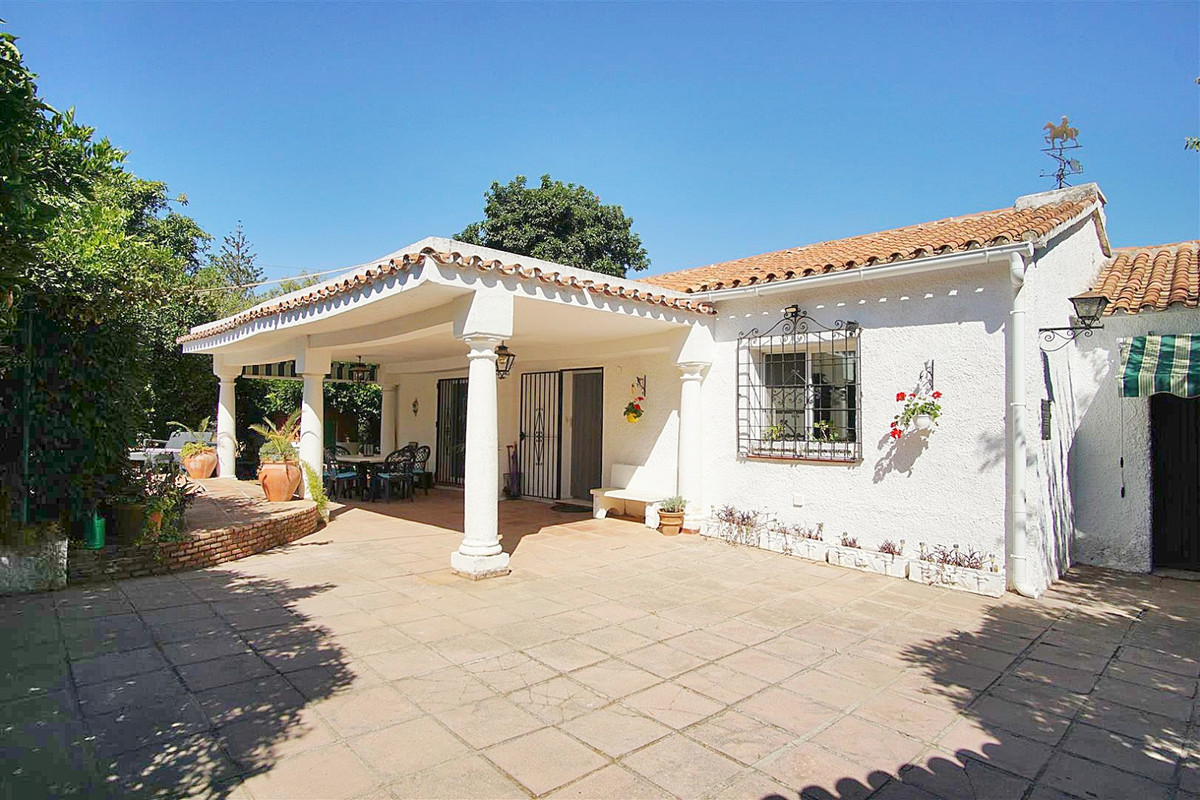 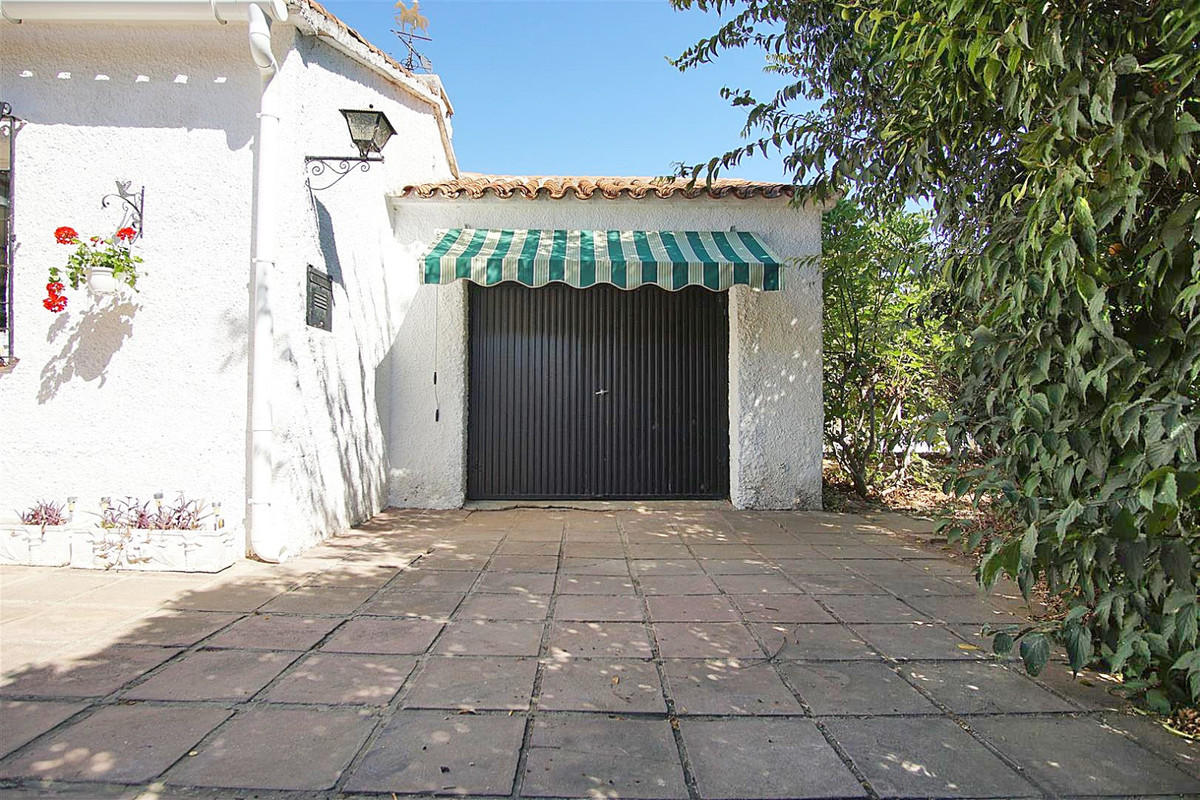 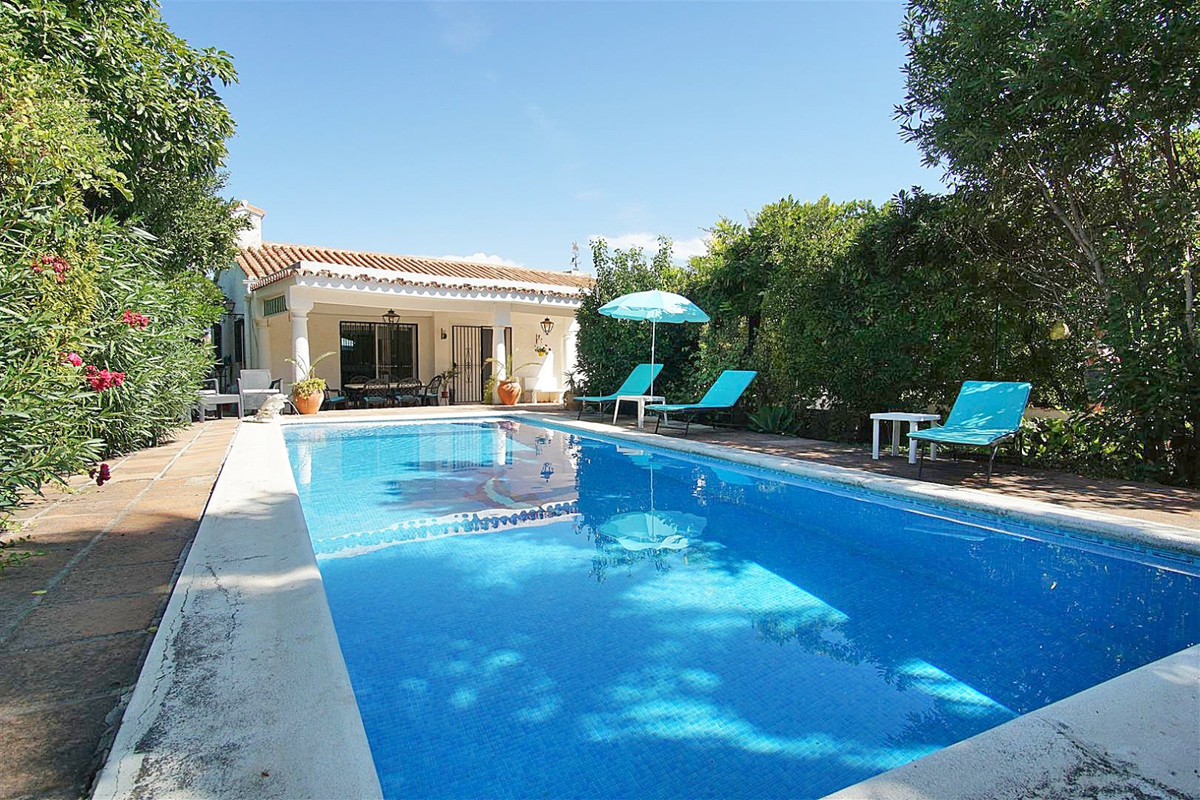 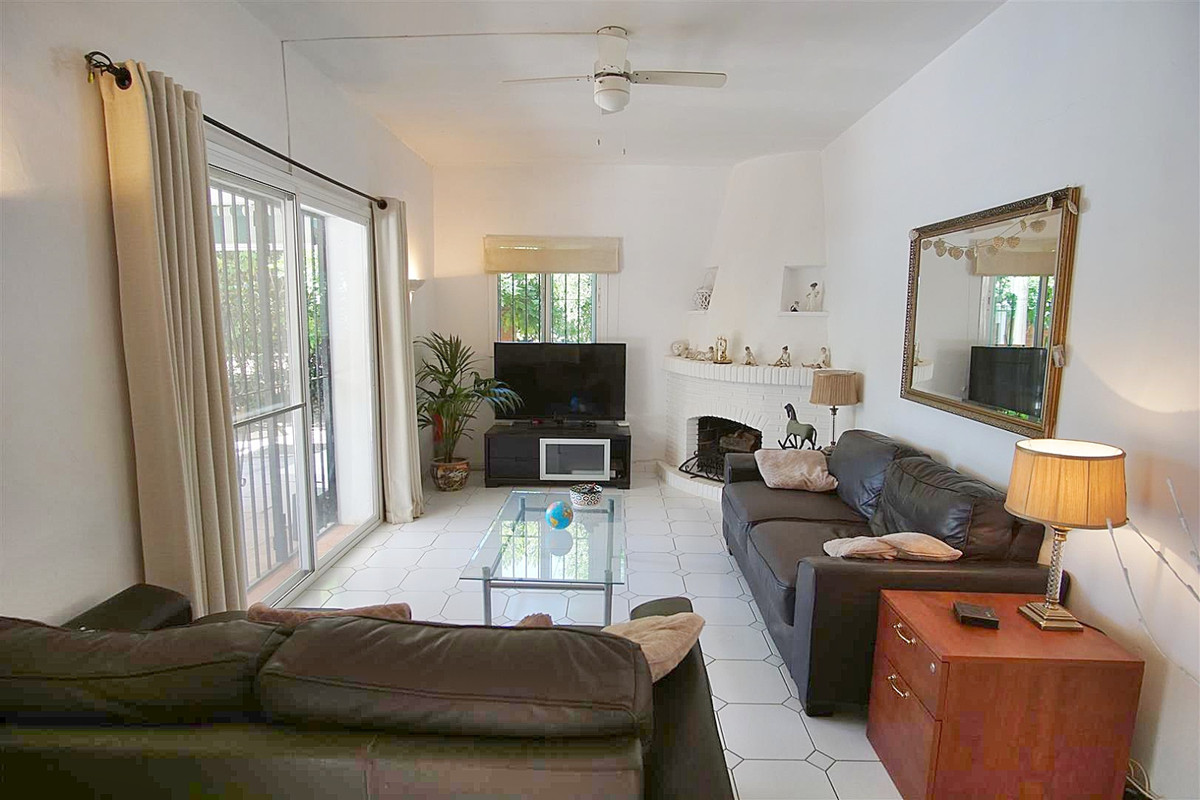 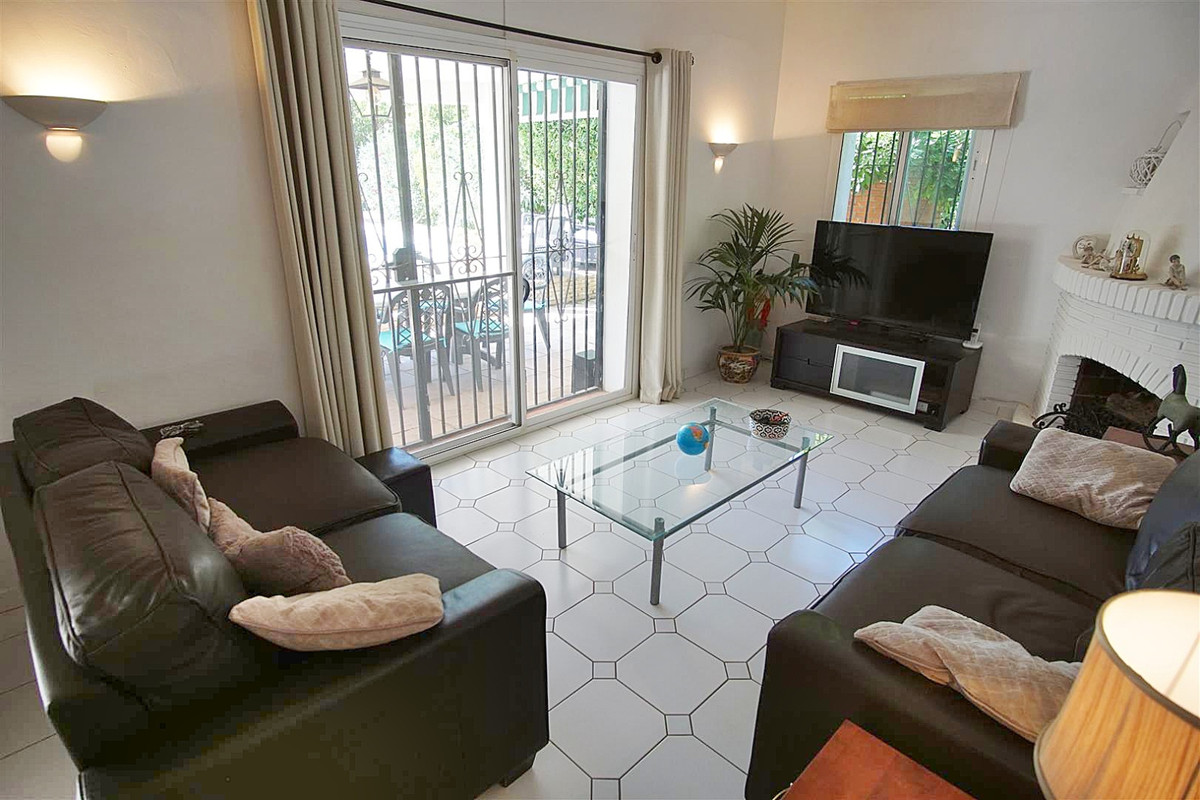 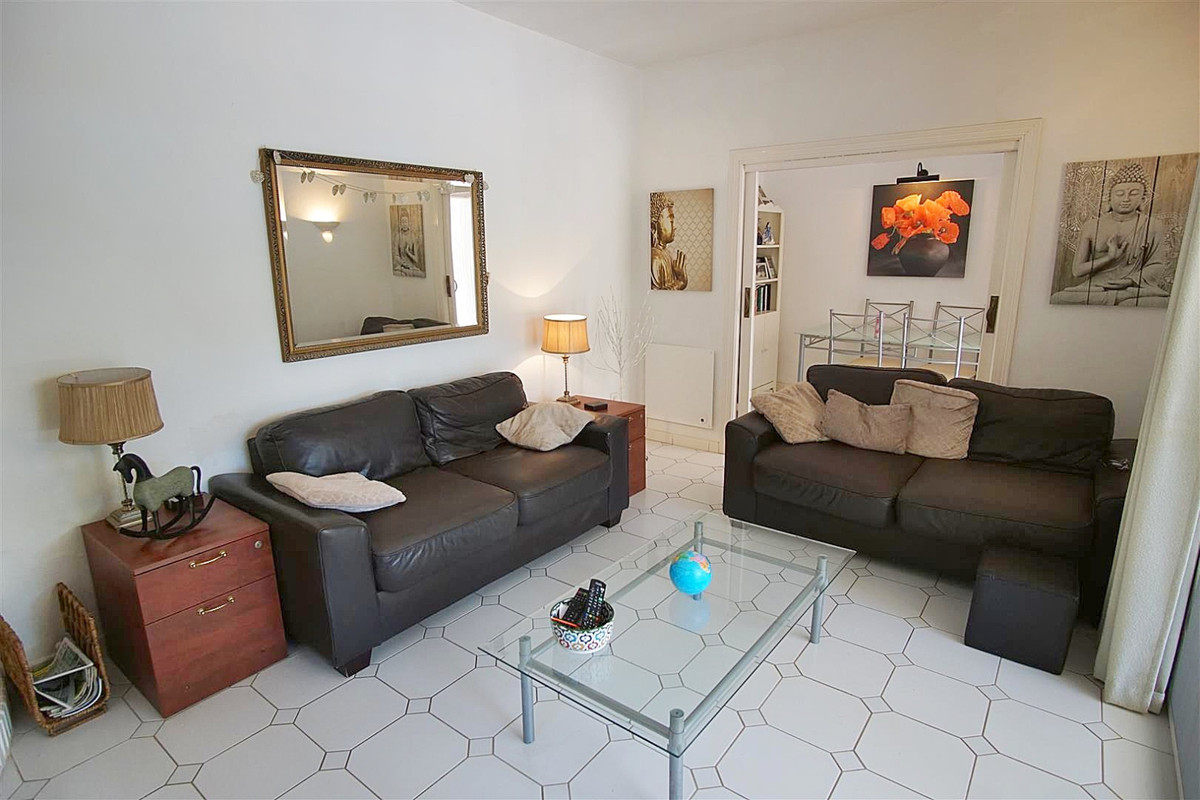 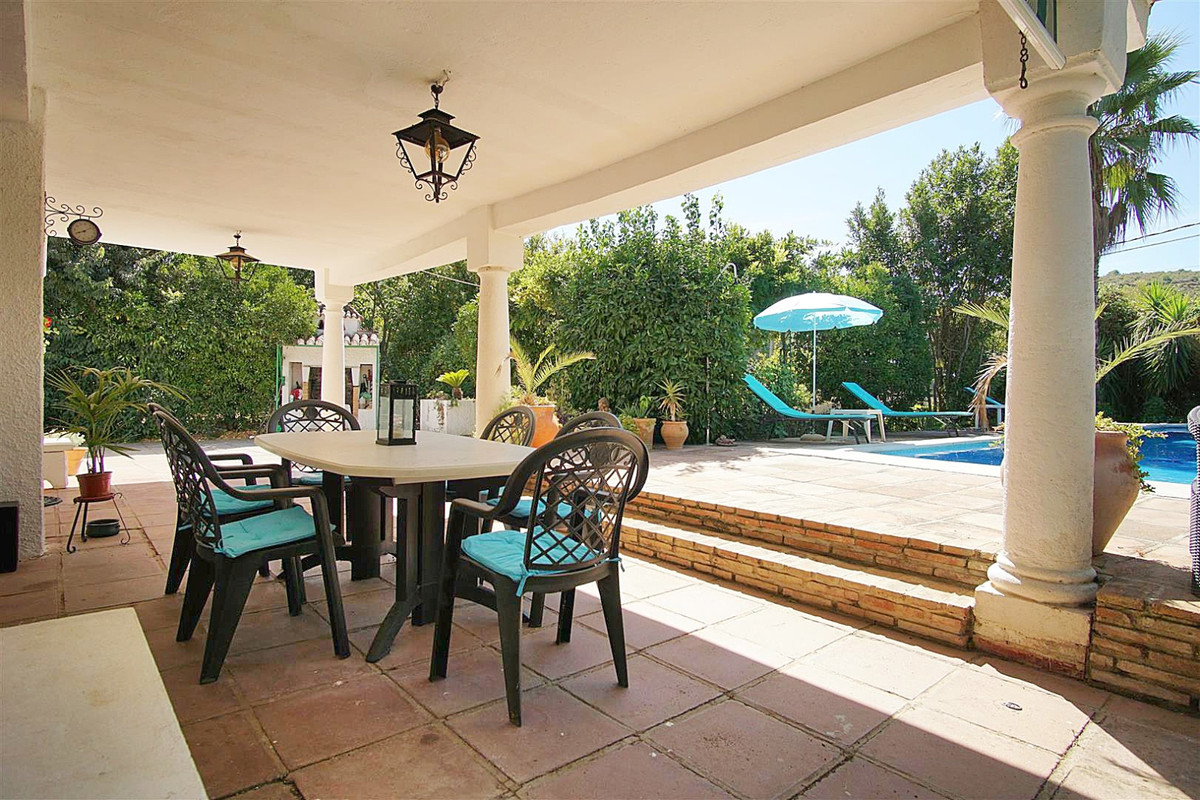 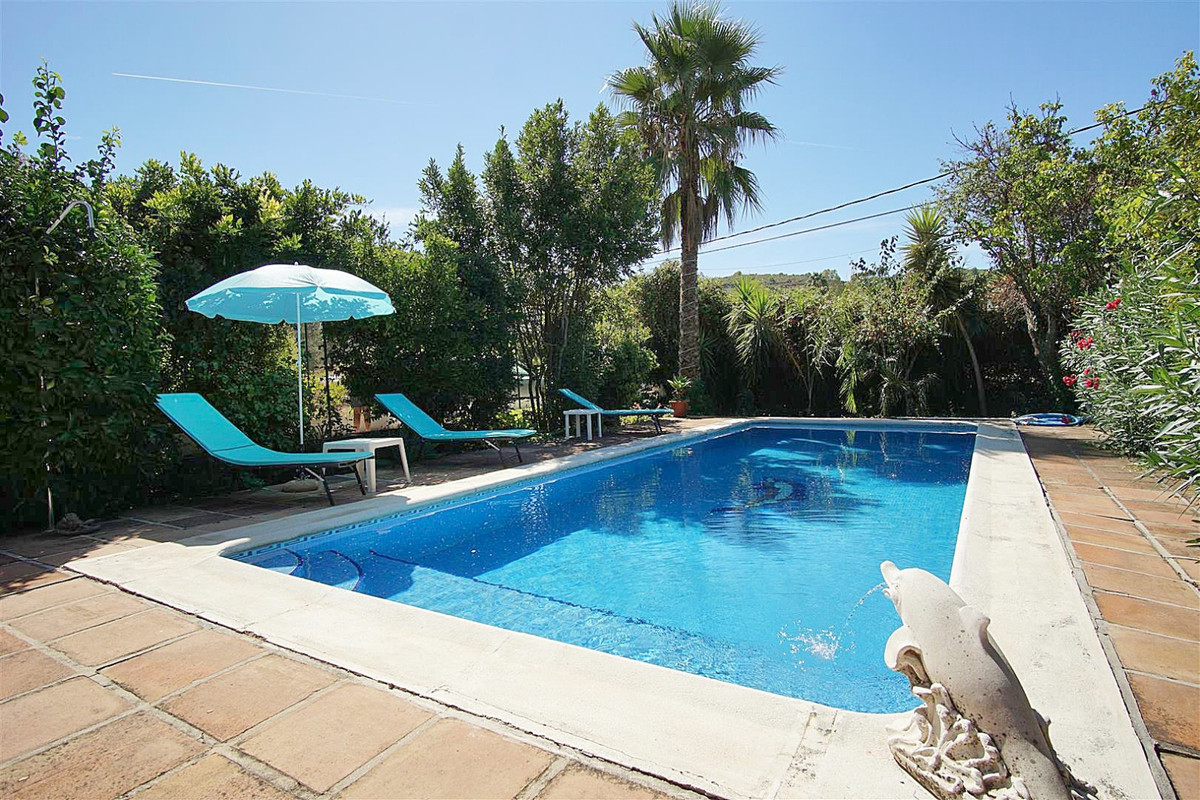 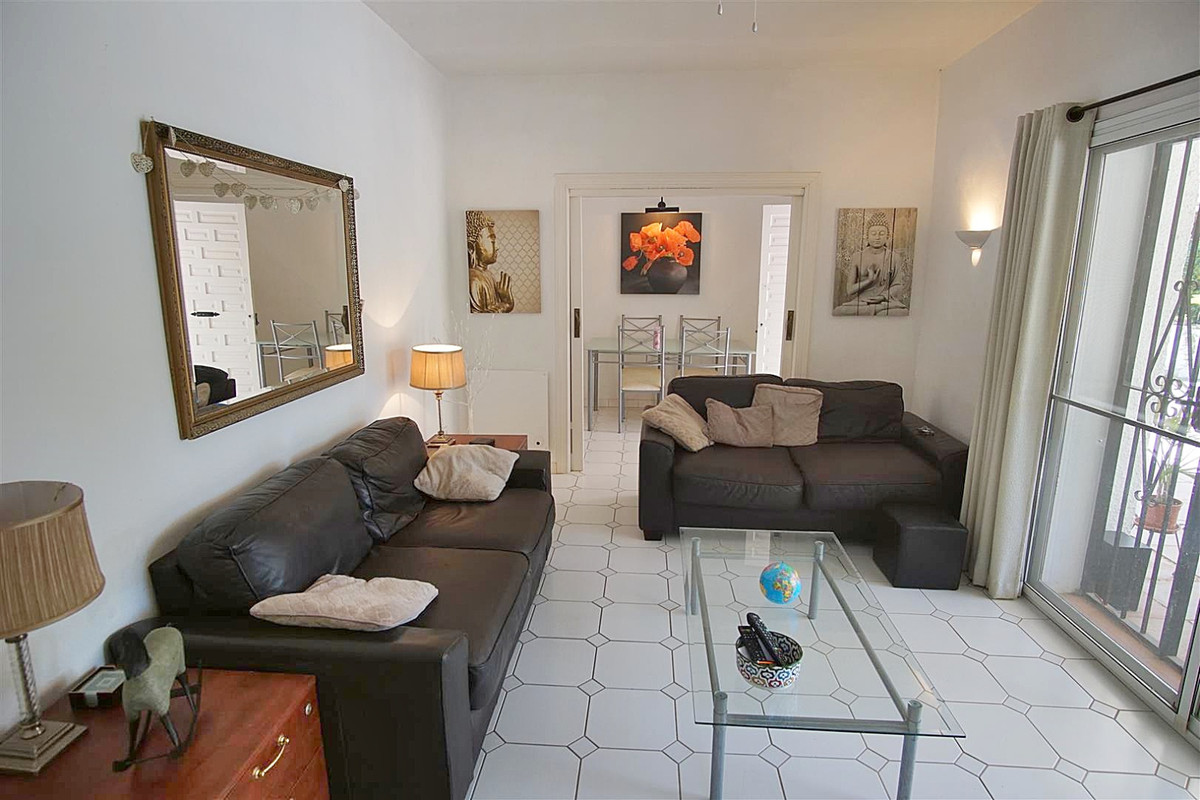 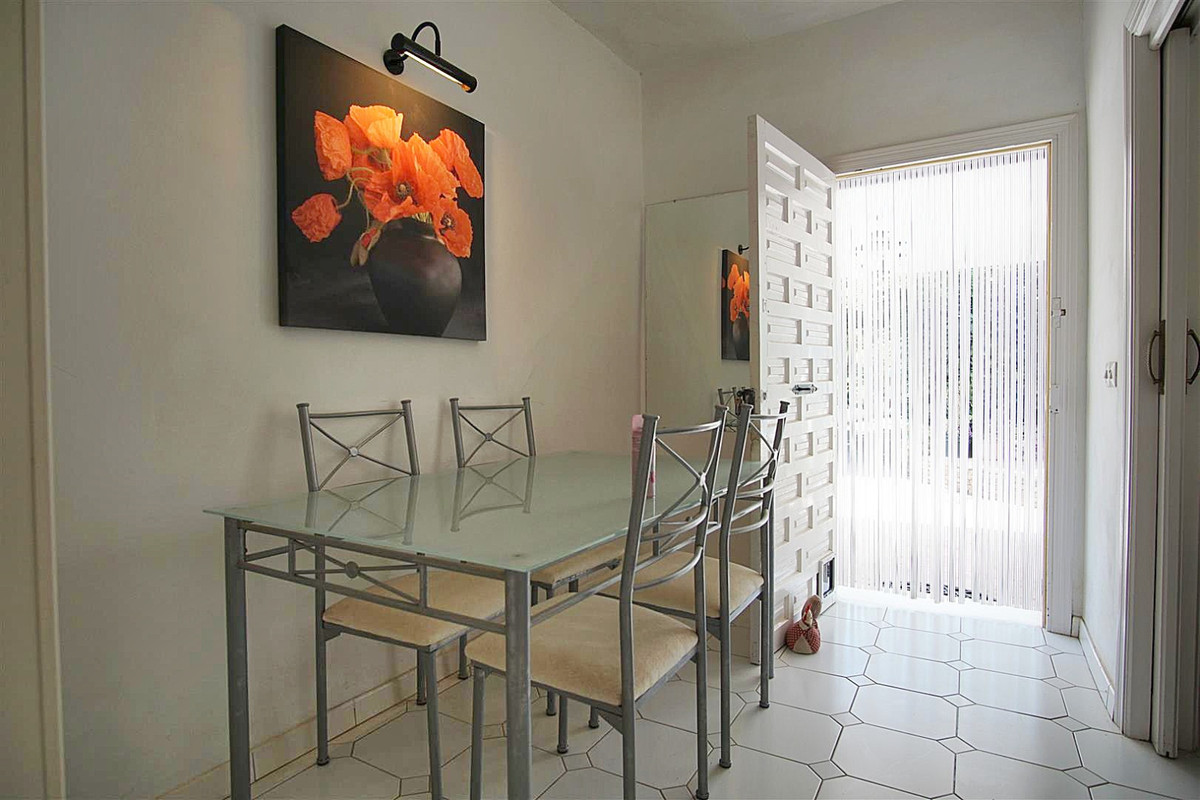 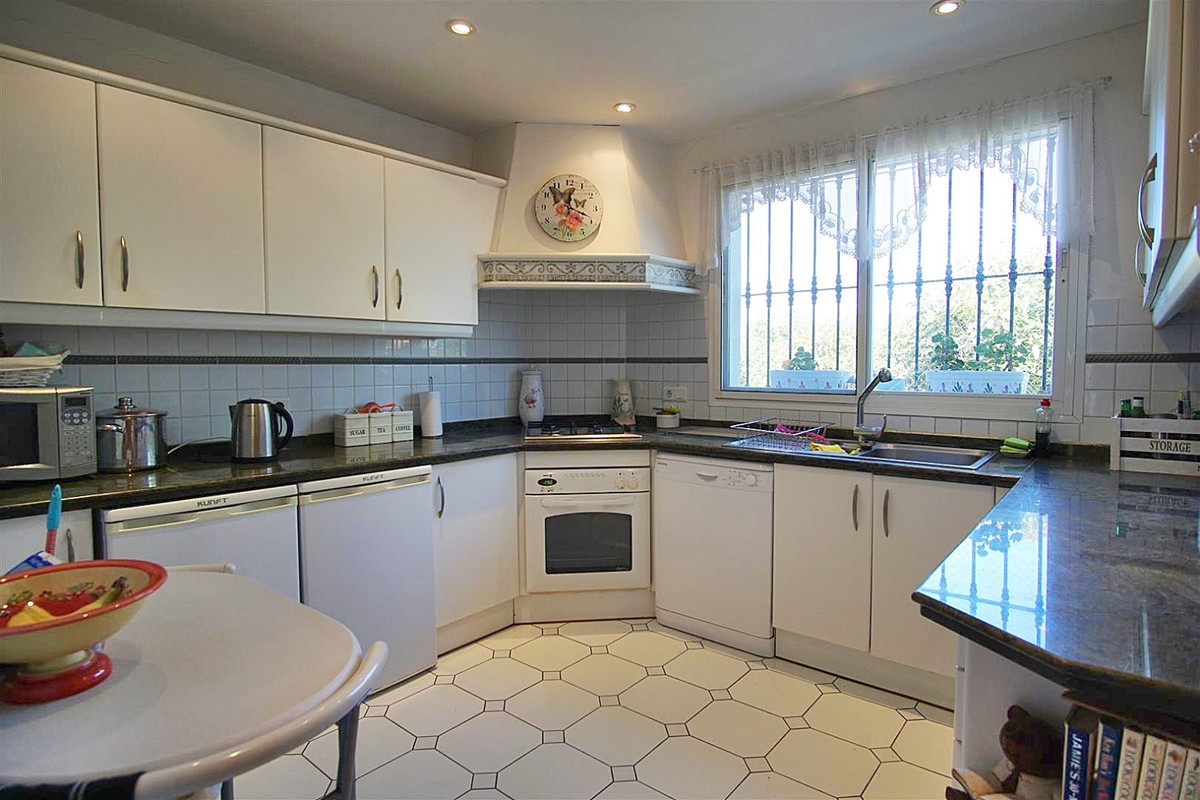 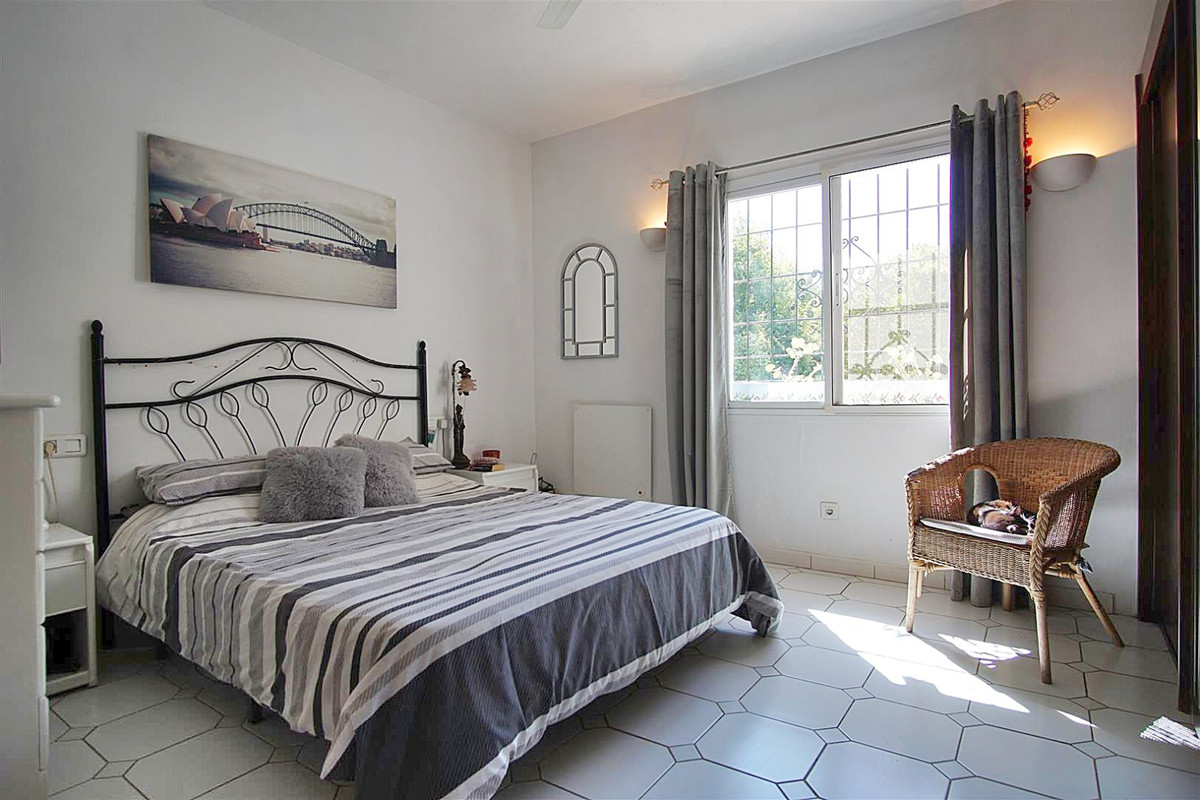 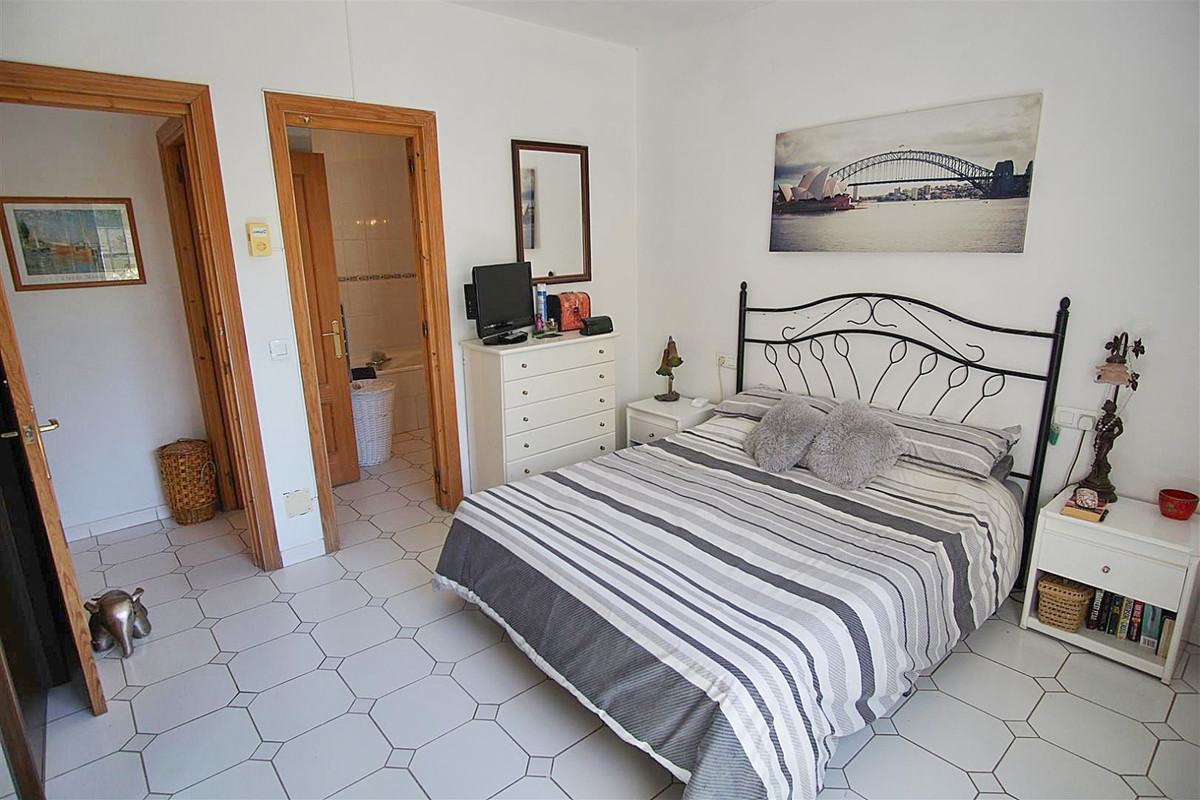 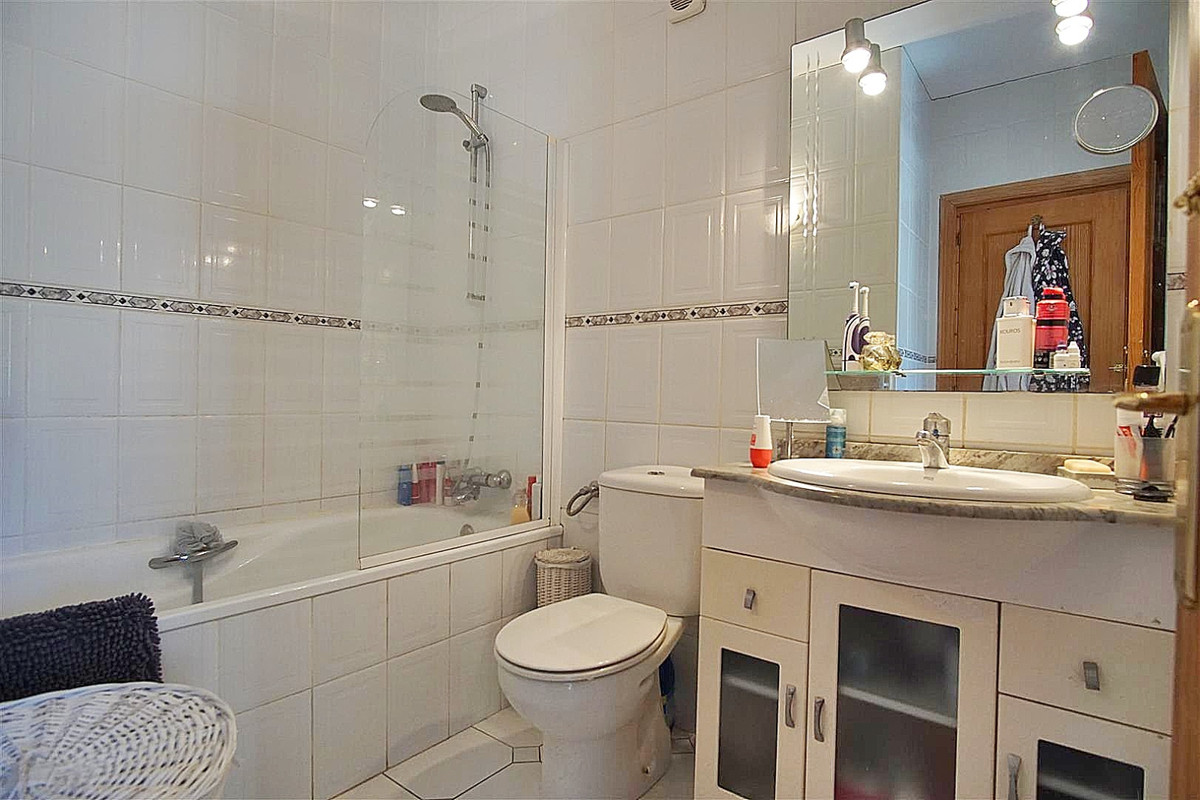 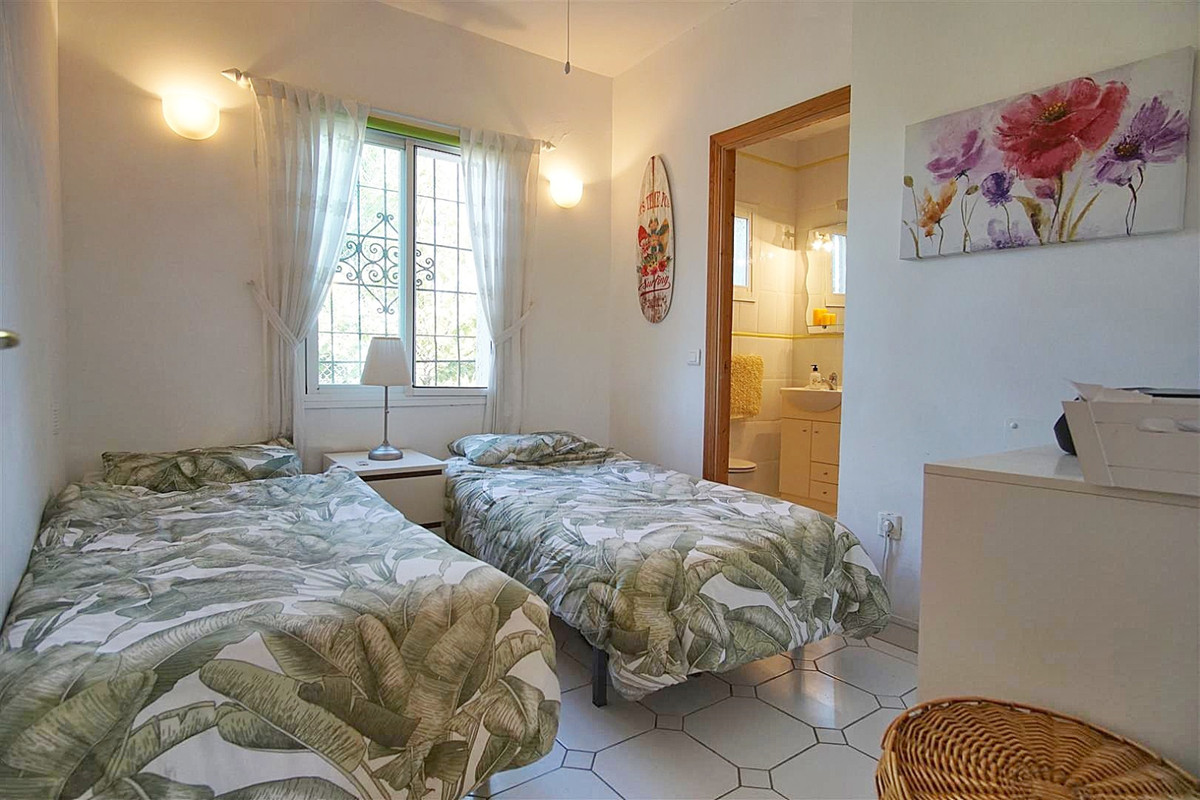 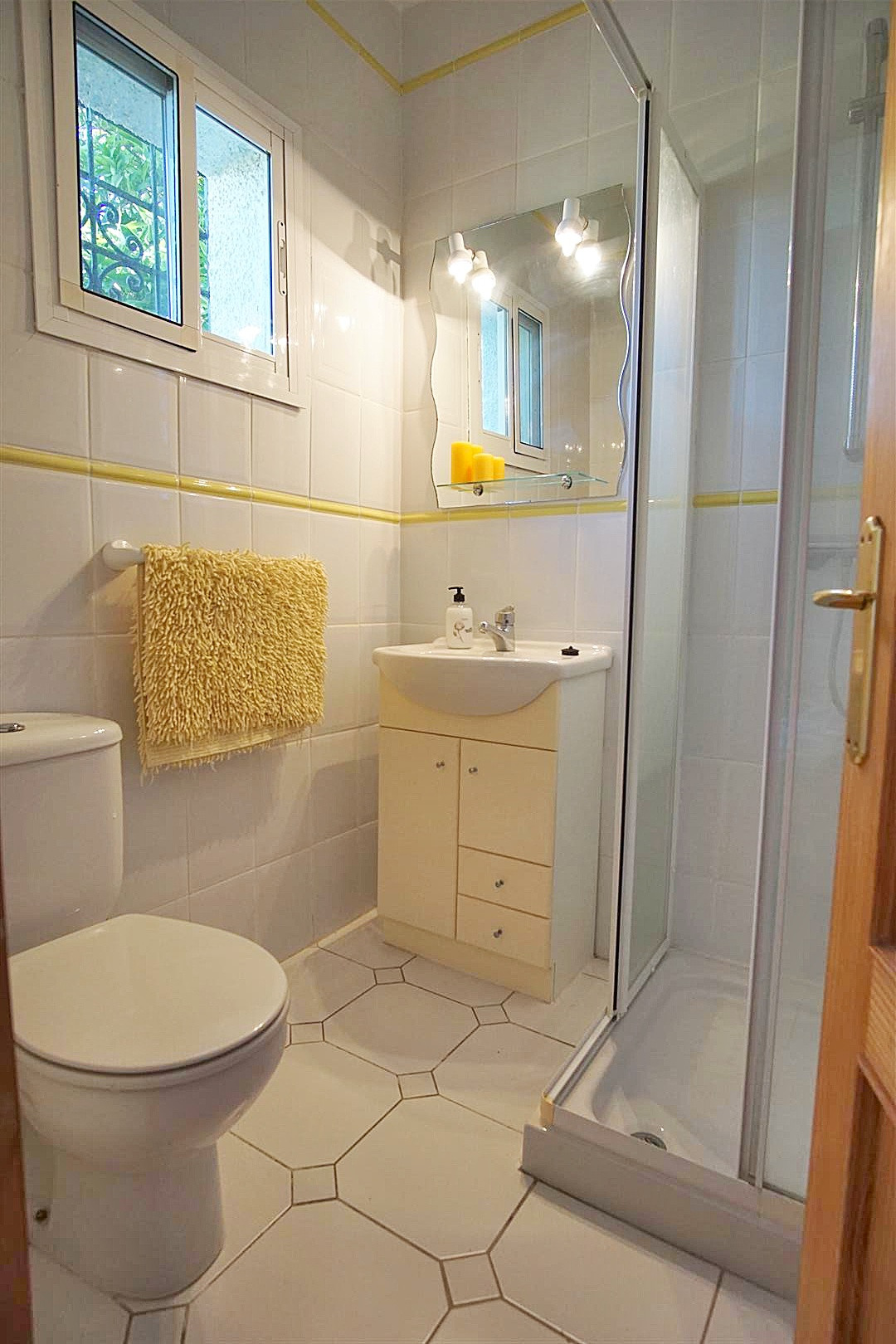 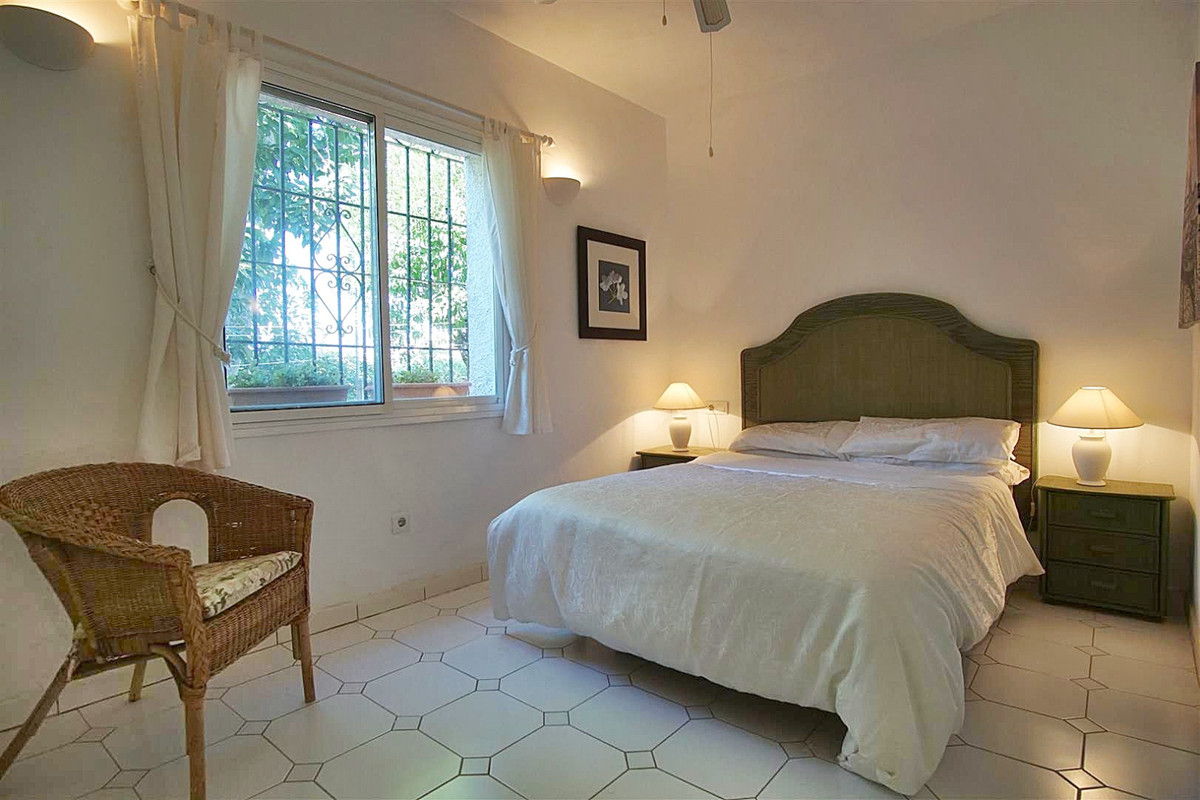 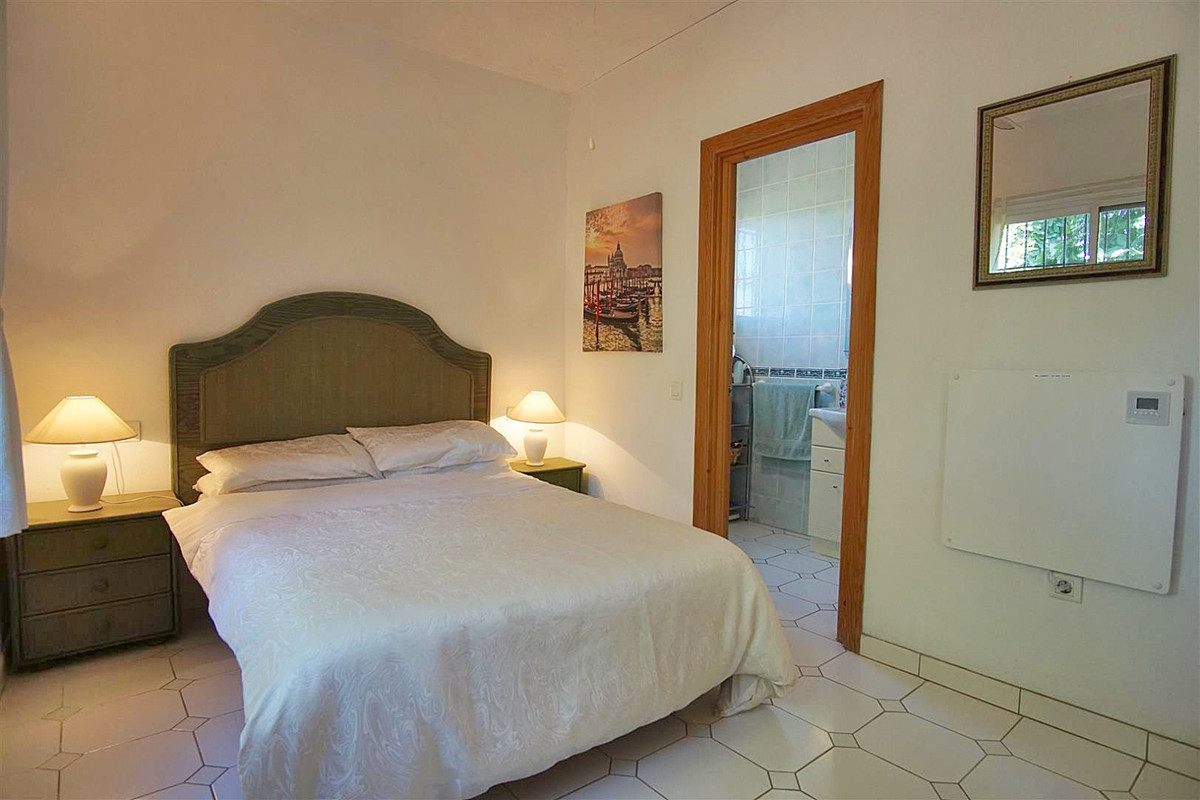 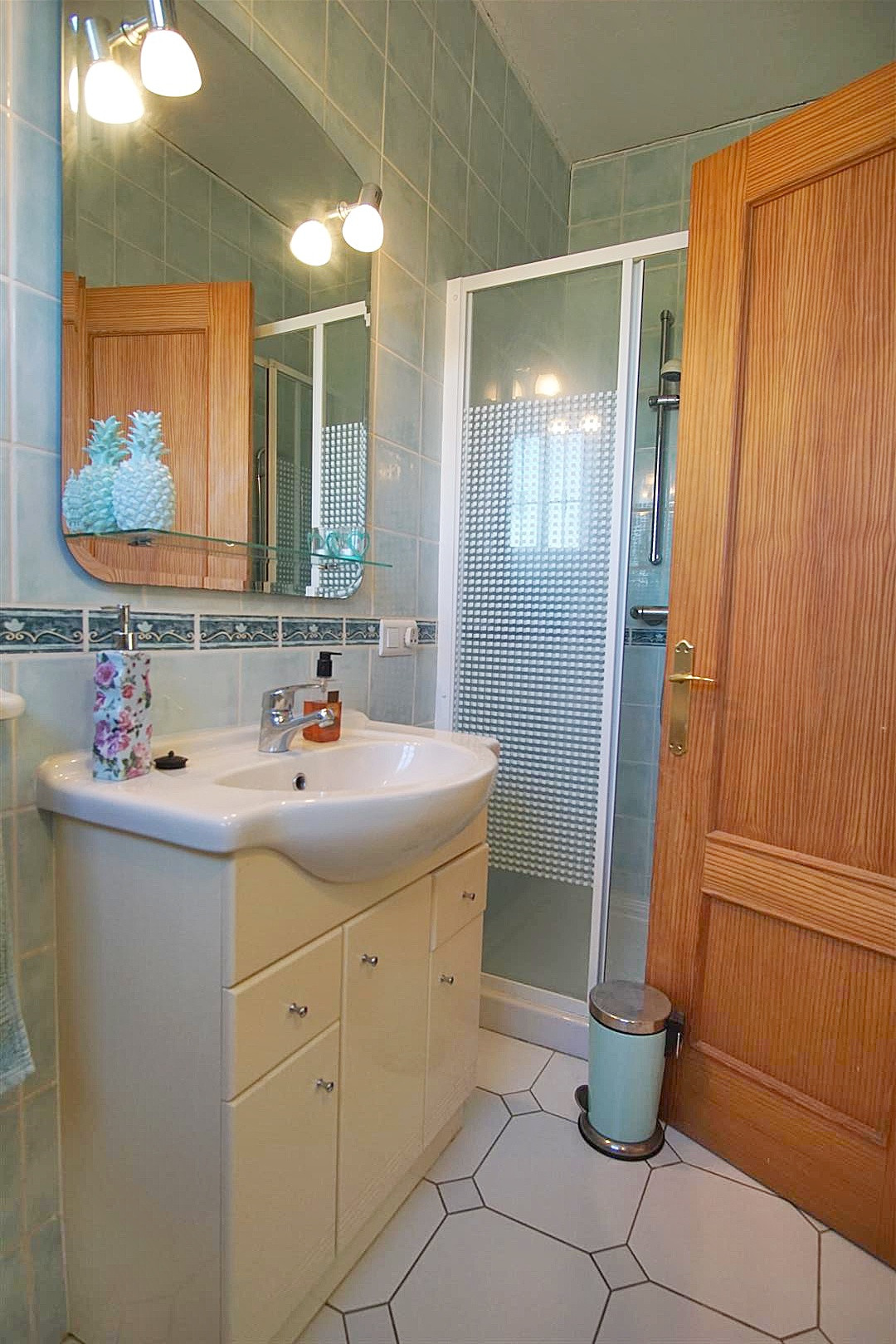 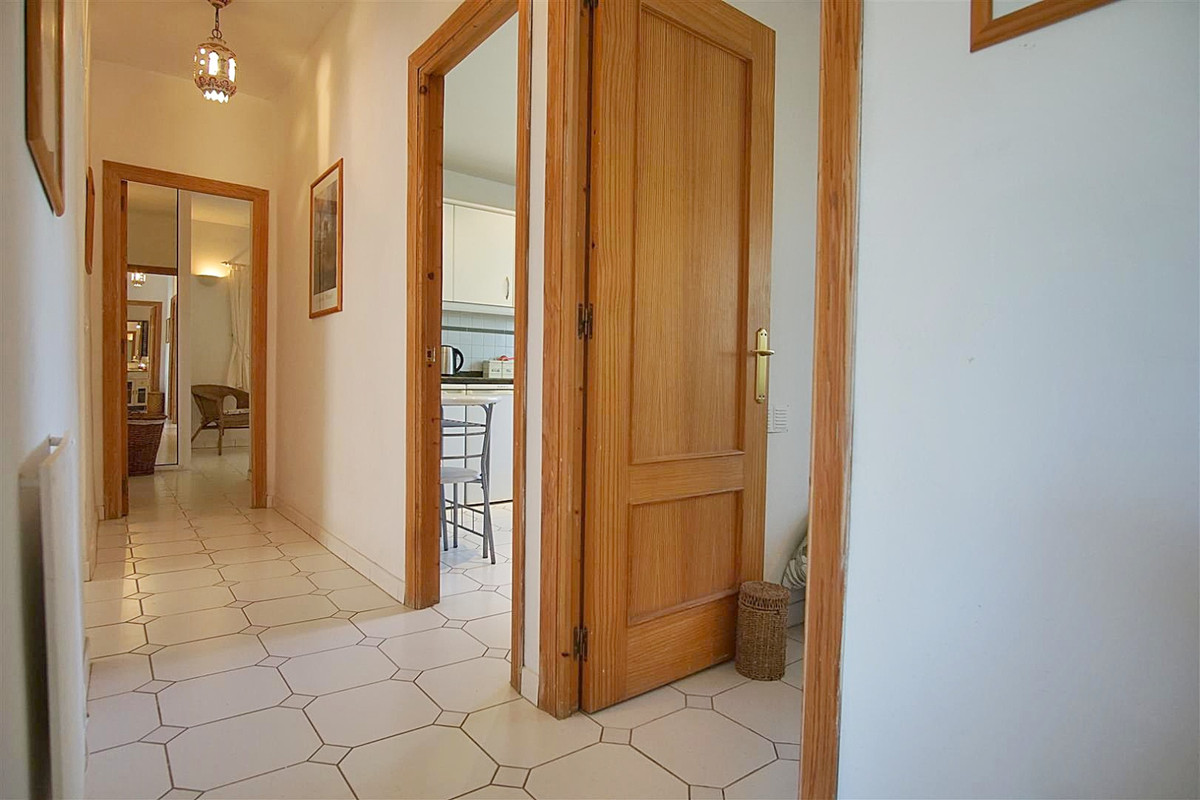 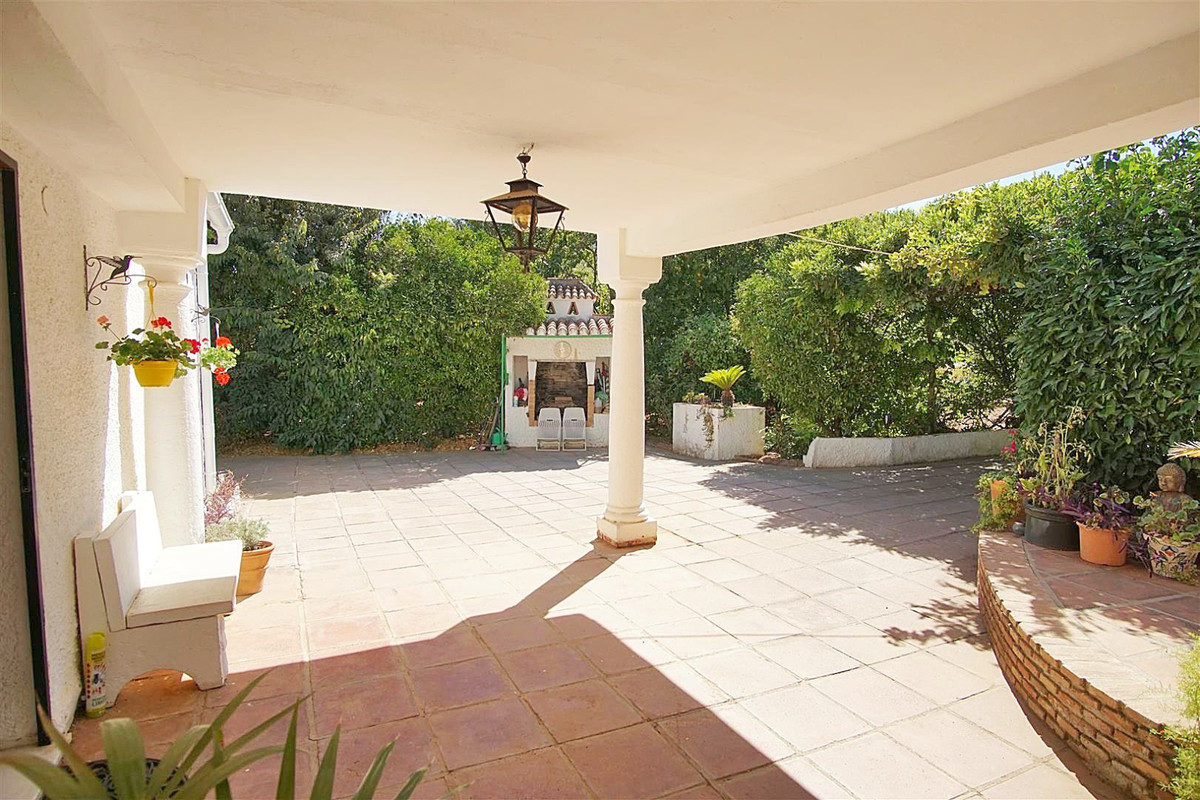 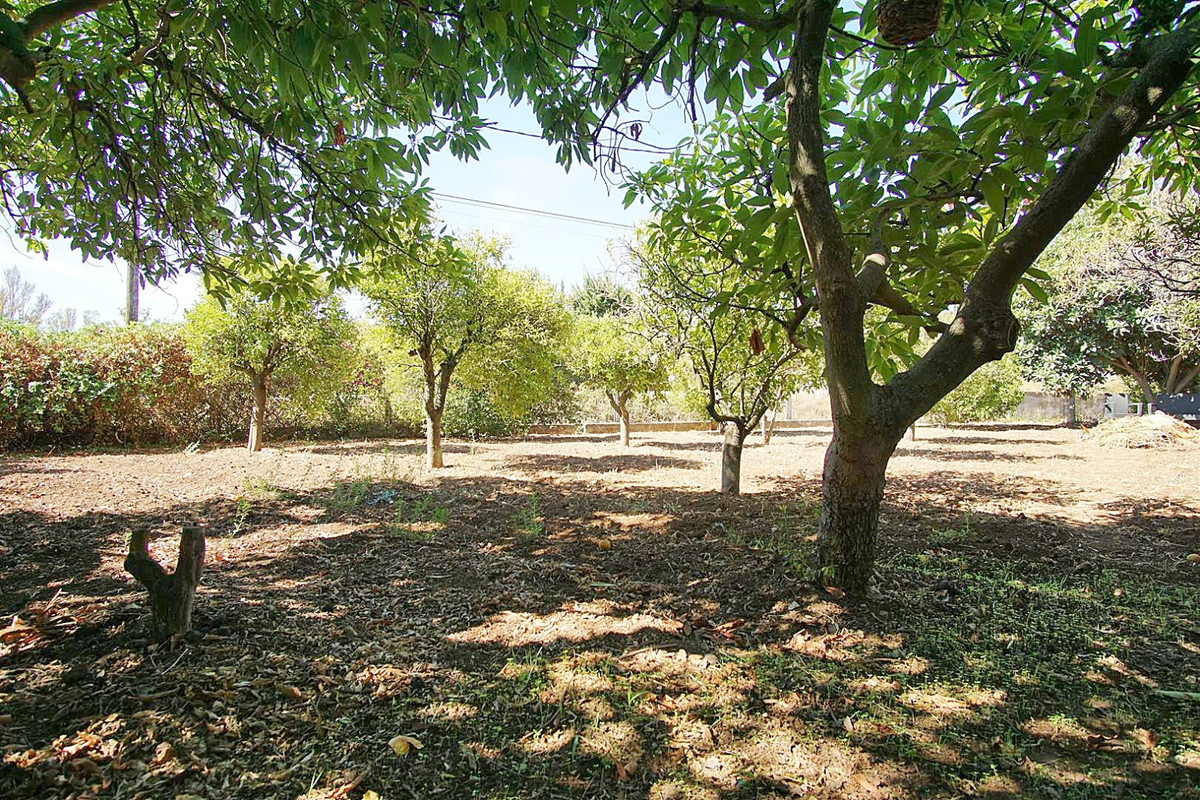 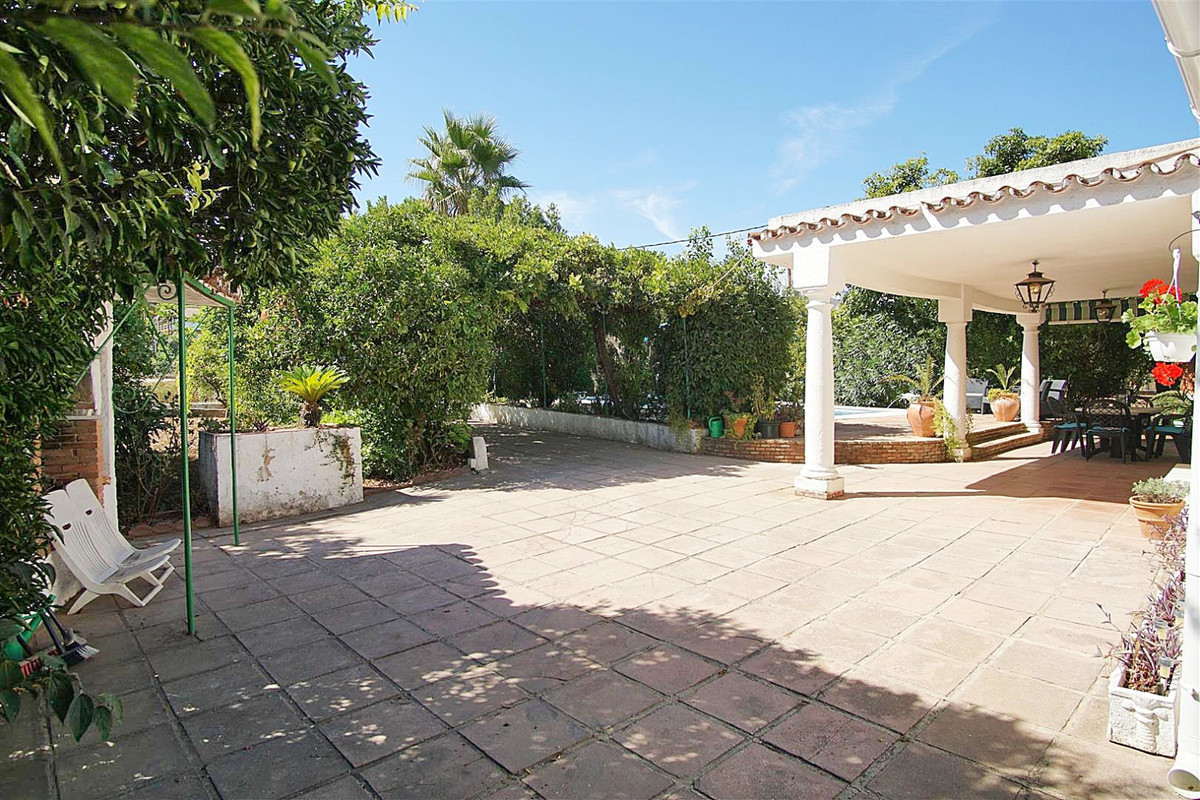 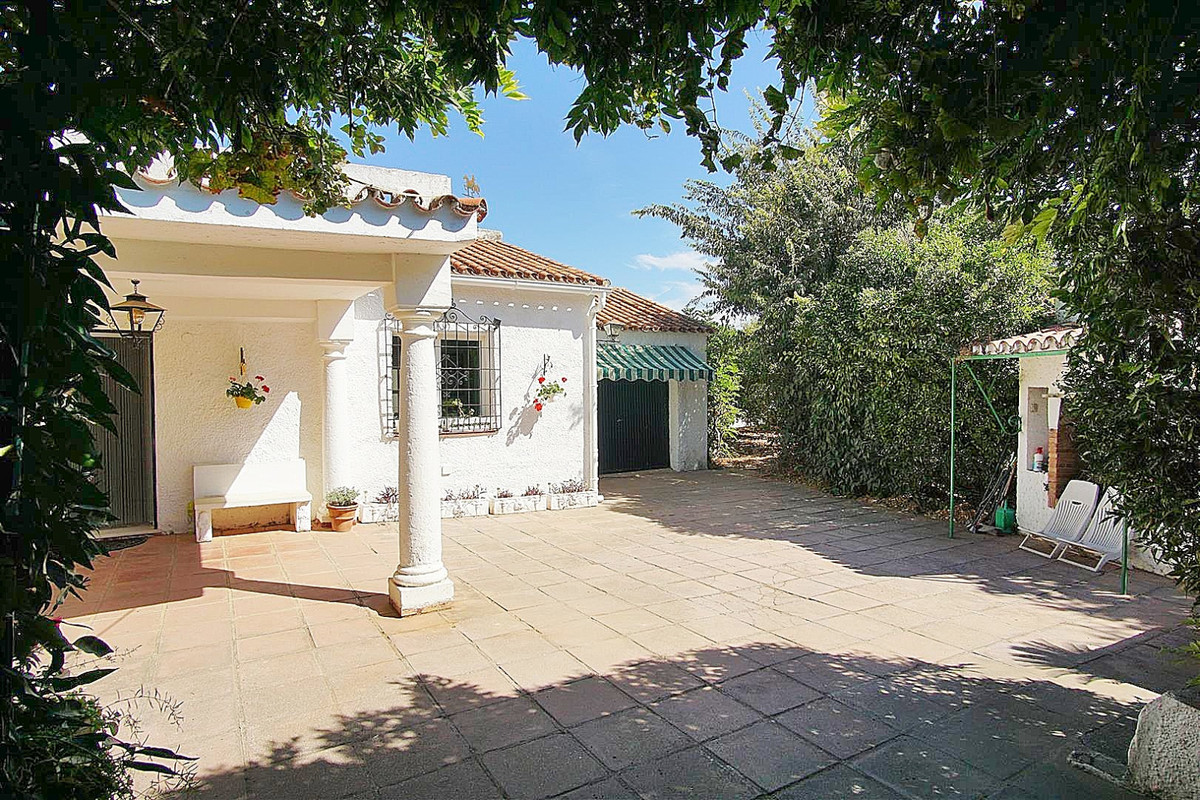 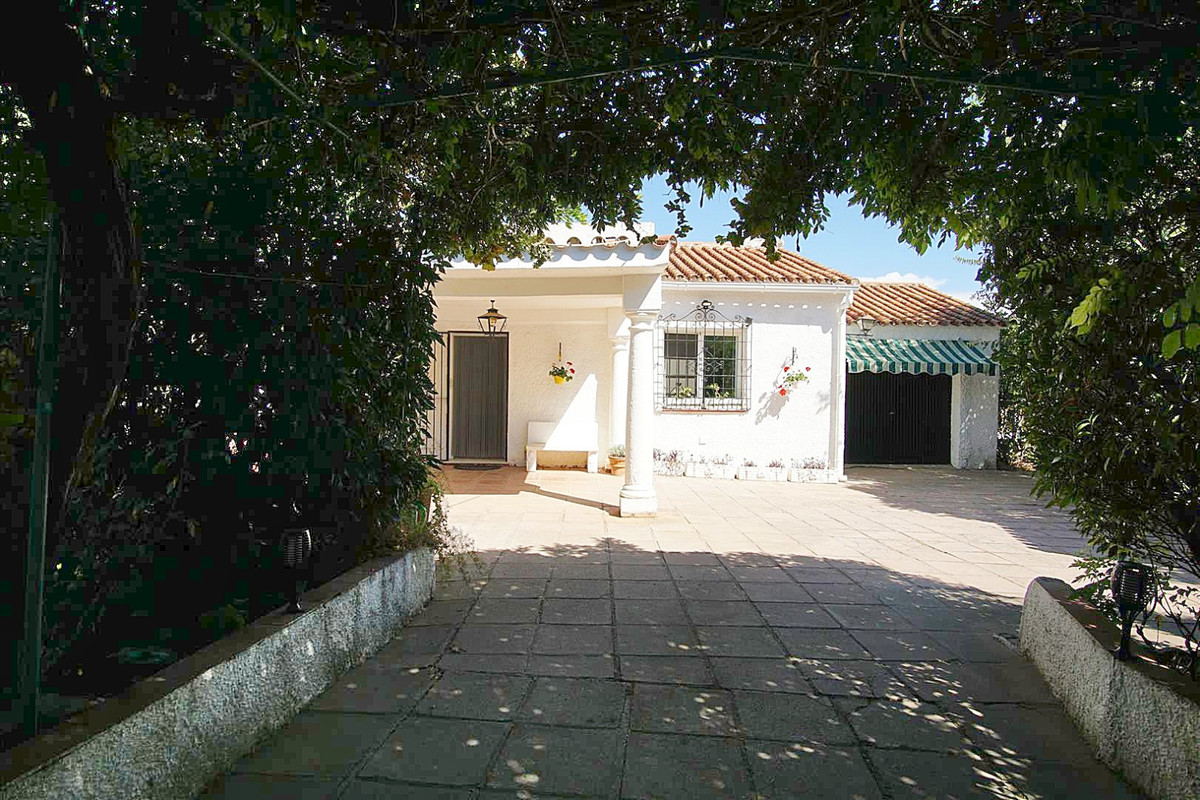 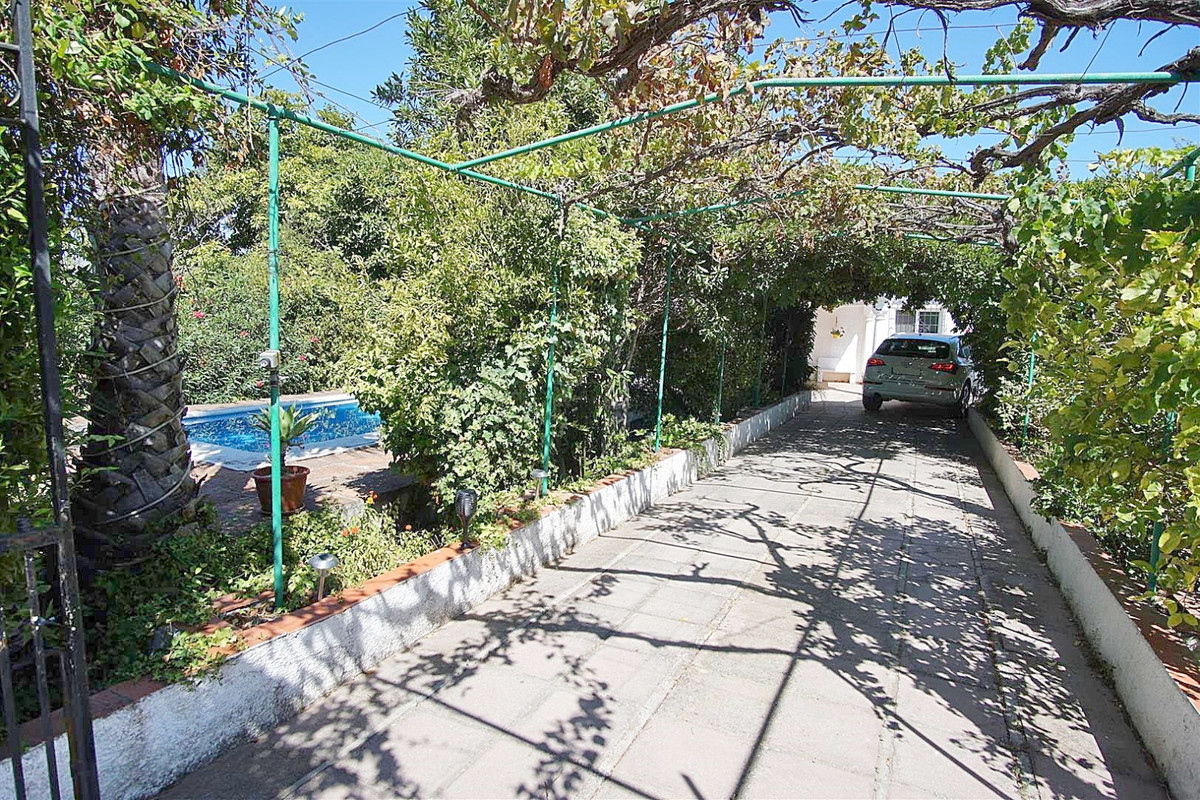 South facing country house located between Alhaurin el Grande and Alhaurin Golf with very good road access and only 20 minutes from Mijas and Fuengirola. It is also within walking distance of two restaurants.

It is a very comfortable one storey house. The plot of almost 2.000m2 is flat, fenced and planted with a great variety of fruit trees.

The house has 3 bedrooms, all double and ensuite. It has a fitted kitchen and a living room with fireplace with direct access to a covered terrace and pool area.

Next to the house there is an independent garage of 15m2 with water and electricity. This space could easily be converted into a guest studio.

It is a property that offers total privacy. It has a private well with plenty of water and water from the village and the irrigation channel.

Alhaurín el Grande is a beautiful, vibrant town and one of the largest villages in the Valle del Guadahorce, set in a privileged location with fabulous road connections to both the Costa del Sol and Málaga. It is the thirteenth largest city in the entire province of Málaga in population, second only to coastal municipalities, the cities of Ronda and Antequera and nearby Alhaurin de la Torre. It has a population around 25,000, but there is a large presence of foreigners settled in the town, estimated to represent nearly 15% of the total population.

The origin of the name was given by the Arabs, who called it "Alhaurin", where the Catholic Monarchs added "el Grande" to distinguish it from the neighbouring town of Alhaurín de la Torre after the conquest of both sites in 1485.

Alhaurin el Grande is located on the north side of the Sierra de Mijas at an altitude of 326 metres above sea level, with a benign climate of mild winters and hot summers and more than a third of the days per year have sunshine. It is 29 km from Málaga and 18 km from Marbella.